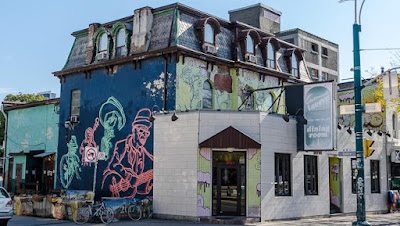 Following a two-year hiatus on account of the pandemic, Toronto’s legendary Grossman’s Tavern has announced the lineup for the annual Amy Louie / Grossman's Music Scholarship happening on September 27, 2022 starting at 7:00pm.

Created in memory of the late Amy Louie — a member of the family that has owned Grossman’s Tavern since 1975 — the ALGMS is an artist development bursary that provides two musicians or bands from the Greater Toronto Area $2,000 and $1,000, respectively, to help with career development.

ALGMS applications are officially open and can be received until September 16th, 2022 at 11:59pm EST. Successful candidates will be chosen by a panel of judges that include members of the Louie family, music industry professionals, and individuals with long-standing connections to Grossman’s Tavern.

As one of the longest-running live music venues and a stalwart within Toronto’s vibrant and dynamic music scene, Grossman’s has long been considered an incubator for an impressive roster of local artists who got their start inside the Tavern, including the late Jeff Healey, the Downchild Blues Band, Rough Trade, and more.