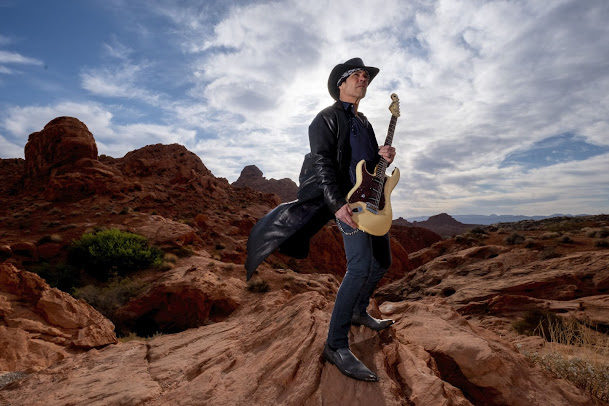 Scott Van Zen is a virtuoso guitar player with amazing skills in the styles of Eddie Van Halen, Stevie Ray Vaughan, Steve Vai, and others.

Guitarist Scott Van Zen has released his debut solo EP "Trouble" on Love Conquered Records. Co-produced by Scott, John Hopen and Grammy winner Khaliq (Khaliq-O-Vision) Glover, he has co-written for rock legends Kiss; won a Dove Award with Ken Tamplin; toured with top artists, and had over 1,000 songs placed in films, TV, and commercials (everything from The Green Hornet and Cars movies to McDonald’s ads).

"Trouble" is a raucous virtuoso romp to survive through life’s dark desires and dilemmas. Songs like "Devil on Both Shoulders" and "Born in Darkness" tell gritty stories fueled by Van Zen’s fast and furious fingers.

Scott has also been a first-call session player and sideman for decades plus a world-class songwriter.