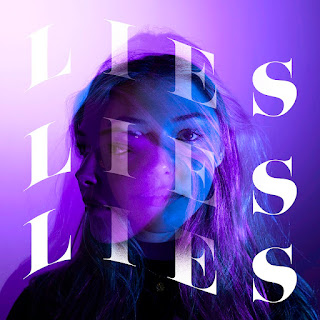 Jade Grady just turned 16 and is just starting her singing career. She got discovered by some big ones. 'Lies, Lies, Lies' was written by Kit Hain (Fleetwood Mac, Cyndi Lauper, Temptations, Milow ...) and François Welgryn (Noa, Johnny Hallyday, Celine Dion ...). Jade proves that she can live up to the challenge of bringing this great song to the level it belongs.
at April 30, 2022 No comments:
Email ThisBlogThis!Share to TwitterShare to FacebookShare to Pinterest
Labels: blues, country, guitar, indie, music, radio, rock

New Zealand native Steve Edwards announces his latest album Born that encompasses ten beautiful
tracks executed in the modern rock genre. The collection opens with “Happysad”, a nostalgic song in
which the artist describes the juxtaposition of these two contrasting emotions as his voice takes on
incredible ups and downs. “Born”, the title track arrives right on time, keeping the listener engaged
and even immersing them in deep thought. “It’s easier to criticize than to hold yourself up to the
light,” he sings, sharing the wisdom he has come to understand.
The modern rock artist’s previous singles “Fallen” and “Colour of Blood” have also found their spot in
the transcendental collection that is Born. With hundreds of thousands of streams and plays, the
songs have already won the heart of a global audience. Perhaps the most fascinating song of the
entire collection is the finishing piece called “Fall From Grace” which is well-paced, more melodic,
and highly emotional.
A prolific artist with extensive experience in the music industry, Steve Edwards has played music in
the UK where he became very successful. His song “One By One” became a hit Record of the Week
and was play-listed for five weeks. His path took him back to New Zealand, however, where he
married and became a father as well as an entrepreneur. As art always does, music found its way
back into Steve Edwards’ life, resulting in several stunning singles and an album.
Steve Edwards is a talented singer and songwriter whose music always reflects on personal
experiences and emotions. Every new release is filled with meaning and emotions that are relatable yet authentic. Born is bound to make a lot of noise among those who truly enjoy quality music.
https://steveedwardsmusic.com/
at April 29, 2022 No comments:
Email ThisBlogThis!Share to TwitterShare to FacebookShare to Pinterest
Labels: blues, country, guitar, indie, music, rock

From today, available the online shop of JAM Radio. Discover tens of products with the logo of your favorite blog/radio on https://www.cafepress.com/jamradio or click the tab above.