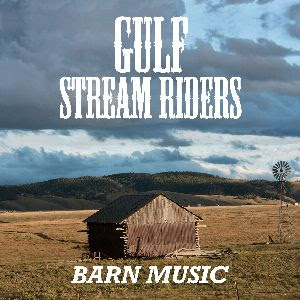 Gulf Stream Riders, aka Chris and Nalle , are former members of a hard rock band that had a record deal with Warner Music in Scandinavia and toured the clubs in LA. After a breakup that lasted many years, with Chris studying back home in NY and Nalle writing and producing for artists around the world, they reunited to pursue the long time dream of making the kind of music closest to their hearts; Country/Folk.
Barn Music is the first full-length album from Gulf Stream Riders since they began releasing music in 2018. The album is a snap-shot of GSR’s consistently excellent work, with increasing focus on the folk and roots side of their sound.
12 tracks, 5 never before released songs/versions.
Heart Trying Mind Lying is a plain-spoken song about sad endings and new beginnings; and also a toungue-in-cheek reference to vocalist Christopher John’s surprise heart attack and surgery in ‘21. Heart Trying Mind Lying somehow manages to be mournful and optimistic at the same time.
https://twitter.com/RidersGulf
at November 21, 2022
Email ThisBlogThis!Share to TwitterShare to FacebookShare to Pinterest
Labels: blues, folk, guitar, indie, music, rock