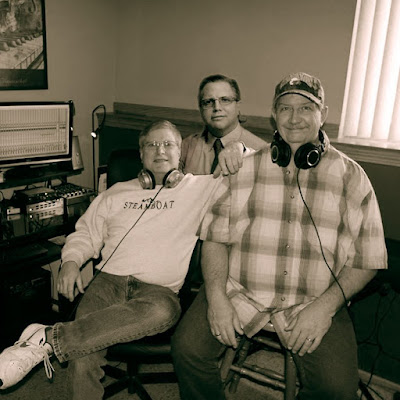 Two Schmitts and a Cabela, that's how it all started. Two brothers and their best friend looking to rock the world. Like most kids with dreams of fame and fortune, all they really wanted to do was jam out with their buddies. Like all who came before them, they tried everything they could think of to get into the music business.

This passion to play and sing and share their songs found them playing out anywhere someone with a building and electricity would let them...school dances, a garage, backyard parties, weddings, and more. Almost immediately, this young trio of "brothers" started writing and recording original songs. Oddly enough, when playing out they found that they really preferred playing their originals instead of covers, and they were connecting with their audiences.

Well-rehearsed and armed with some studio recordings of their original songs, they started sending out packages to anyone who would listen. Very quickly, they determined that the music business was not as much fun as they thought it would be. However, their God given gifts for creating and sharing original music that was important to them grew stronger.

Throughout the years, all three members have learned to play multiple instruments, honed their vocal chops, and refined their songwriting. Their musical goal has always been and will continue to be to write, record, and share with the world their songs of family, faith, and God. Fortunately, with the advancement of technology, home studios, and the internet, the trio have found a way to record and release 10 albums to date.

Constant students of the business side of music, Cabela & Schmitt continue to find new and different ways to market and promote their music to their ever-growing legion of loyal fans around the world.