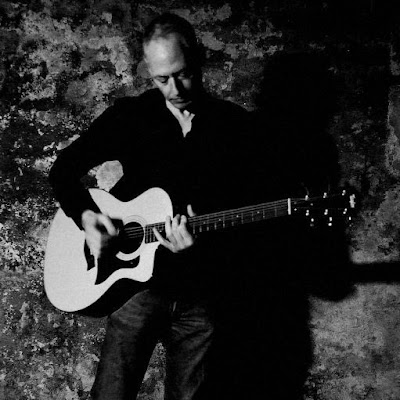 Sano Hill is a singer-songwriter based in Galway (Ireland) currently recording his debut album. His songs are inspired by life, love and loss and he has played to audiences in the US and Ireland with his work released already to critical acclaim on compilation albums, including 'Origin: See the Light', 'New Horizons', and 'Inundations' (which also featured music from leading international acts, including Josh Ritter, Ron Sexsmith, Lloyd Cole, Damien Rice, Mundy and The Frames).

“Circlewalk” – released on July 29 – is the third single from his forthcoming album (music review responses to "Circlewalk" as well as his acclaimed previous singles “The Climb” and “Starting Over” are available here: https://sanohillsongs.wixsite.com/sano-hill/reviews). The forthcoming album as a whole (titled “If Not Now, When?”) charts the course of a relationship from hopeful beginnings, to emotional crises, breakup and recovery. “CircleWalk” is a darker song than the previous releases, dealing with the challenging subject of communication breakdown in a relationship, when two people can't find the words to say how they feel and instead walk in circles around what they need to say. This song is about expression, about breaking the silence. It features a full band sound, driving chorus and memorable final refrain. It was recorded at Dublin's legendary Windmill Lane Studios with award-winning producer Larry Hogan.

Sano Hill “is blessed with a strong and distinctive voice” (Galway Advertiser) and his work has been described as defining “a timeless recipe for original guitar music: inventive, humanist lyrics sung from the gut, then embedded in rhythms to barrage or soothe the soul" (Milwaukee Journal Sentinel). For leading Irish music magazine, Hot Press, Sano Hill daringly “tries to capture the sound, sense and smell of Galway in a similar vein to Van Morrison's finest compositions about his native Belfast." (Hot Press).