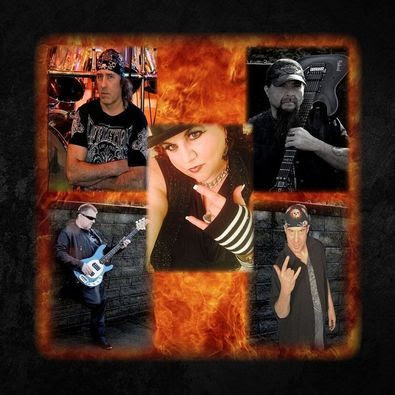 In 2016, after hitting some roadblocks with original music and deciding that playing in the cover/club scene was not in his heart, Tony Rossi wanted something new. Driven by the desire to form a band that brought together a unique mix of musicians, he began the long road to what would lead him to Changing Tymz . A journey that required time and patience as the right band would be born in the collaboration of musicians, willing to prove their passion, musical talent, faith, direction and ability to work together as an integral and equal piece of the process . The original line-up itself would take over 3 years .

During this same time period, guitarist Timmy Wysong was looking to find an accomplished drummer to join his former band. Connecting through a music search, Tony submitted an audition piece for the band at Timmy’s request. Although things didn’t work out for the initial project, Tony and Timmy discovered a respect for each other’s talents and decided to begin collaboration .

Adding vocalist Matt Martin to the group, the band was now beginning to take shape and the direction of the band’s sound became clear . Originally striving for a heavier and darker sound, the addition of Matt’s voice and unique style allowed them to dig deeper in the roots of true metal, and melodic fashion to create a mix of modern and classical metal .

All the while, bass player Bryan McQuade was also looking for a solid commitment in an original project. When Changing Tymz and Bryan crossed paths the band asked him to submit an original bassline for the song "Stand Up" . Taking his chances, Bryan sat down to write, submitted a piece … and a bass player was found .

Now at four members strong, all that was needed was another guitarist to add to the line-up . Knowing whoever it was needed to be the right fit, after several auditions and more than a year later, the band finally welcomed Eric Fenton in November of 2019 .

Five talented musicians, having never met before, all from different backgrounds, cemented by desire and passion for the music is what made this line-up work so well, they officially released their 5 track EP in February of 2020.

In January of 2021, Changing Tymz and Matt Martin parted ways and the search for a new vocalist was launched. Again finding the perfect committed fit would take time. After an extensive search and tryout, Joann E Wolfe and Changing Tymz began working on new material, and the melodies and songs just came together like magic. The line-up was again complete. Now in mid-summer of 2022, they are prepped for a relaunch with a story-line video/song, in addition to an 11track full length release, and will follow that up with an updated, re-recorded-mixed/mastered, version of the original 5 track EP. Keep your eyes and ears open for future information and releases, as with the explosive re-launch of an already up-n-coming band, the world truly has only begun to see the music of Changing Tymz !