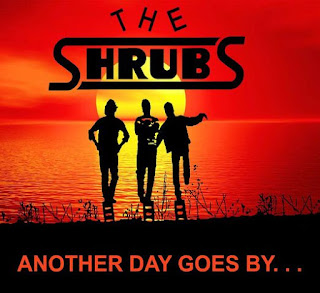 The Shrubs started out when Spike and RJ, college classmates originally from upstate New York, started jamming in the basement of Spike's mother's house. Their mutual inﬂuences were the Police, Rush and XTC among others. Later, an acquaintance introduced Charlie to the guys. Aer jamming for a while, the trio decided they needed a name. They came up with The Shrubs are dismissing other names (Dumpster Juice& Piggy Pucker among them). They found a new pracce home in the basement of a friend's house and soon were playing at pares there, other house pares, bars and even a local Rod and Gun Club. They started writing and recording their own music, producing 3 albums of original music (Another Day Goes By..., One Happy Zucchini and Who's Cow's in the Hoosegow).