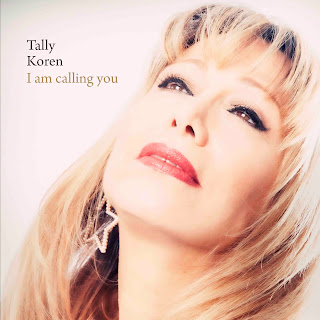 Other recent performances include the Royal Albert Hall, The National
Arboretum, The Belgrade Theatre, The House of Lords and singing live
at the start of a football match at MK Dons.

Tally has been using her voice in the last few years to build bridges between different cultures with her UK tour 'Vision of Hope', with the message - “We all speak the same language through music”.

Tally’s velvety voice caught the attention of James Bond directors, placing her as an Israeli agent in the film ‘Quantum of Solace’.

The haunting song “I Am Calling You” has been chosen to be the first single of Tally Koren starting the year 2022.

“Her feelings when performing these beautiful songs move forward to the listener and change him or her forever, with her ability to combine intelligence and emotions while singing and convey these to the listener.”

The mood of the music and the emotion of the lyric is one of Tally’s fans favourite songs.“I’ve reproduced  the song with Phil Curran (Tears For Fears), to encourage people to start this New Year with that optimism for finding love”

“I Am Calling You” the 6th single to be taken from Tally’s forthcoming album ‘The Garden of Love’ based on the poem by William Blake and is due for release on 18th March  2022. The album is based on poems that Tally edited and turned into songs; including  a new production of the BBC Radio 2 playlisted song ‘Beauty of The Duty’ which also started life as a poem. Koren track record as an independent artist includes, Fringe Award Winner for Best Singer-Songwriter 2011, playlisting for BBC Radio 2. TV appearances on Virgin Media playlist, London Live, and performances at the Royal Albert Hall and The House of Lords.
Website          www.tallykoren.com
Facebook        www.facebook.com/tallykoren
Twitter            www.twitter.com/tallykoren
Instagram       www.instagram.com/tallykoren
at January 21, 2022
Email ThisBlogThis!Share to TwitterShare to FacebookShare to Pinterest